Based on an idea by the journalist Bobby Rafiq and the composer Yoav Pasovsky, this project approaches the topic of everyday racism. Using staged interviews conducted by taz journalist Ebru Tasdemir, director Robert Lehniger, together with his designer Irina Schicketanz, dramaturg Marion Hirte and the composer, developed a walk-in installation. The scenes and situations that are developed from this thereby reflect daily moments of people with a migration history who were born and raised in Germany – scenes and situations in which they are denied their affiliation to this country time and again, in which they are stigmatized and marked as being different. For the physical attacks and assaults on refugee homes, Jewish cemeteries, and non-white people precede subtler forms of exclusion. In order to bring these experiences closer to a predominantly white, bourgeois audience and to let them share these experiences emotionally, this music theater project breaks the classical separation of stage and auditorium and lets the audience immerse themselves in a labyrinthine installation with live scenes and virtual reality via the appropriate headsets. The audience is thus directly involved in situations and scenes in which they can experience everyday racism as the targets of such racism. The musical composition also works with the documentary material and draws attention to a situation that those who are affected by it experience as a steadily worsening situation of upheaval. Being “in front.” Whether this “in front” can be a “point of NEW or NO return” is dependent upon our actions. For the composer Yoav Pasovsky the starting point was his own biography: born and raised in Israel, he emigrated to Berlin at the age of 23 and founded a family there. His great-grandparents on his father’s side fled from Munich to Palestine in 1935. In view of the political and social developments in recent years, he is increasingly asking himself whether Germany is still a safe country for him and his family. Until now he had never been able to completely understand how his great-grandparents must have felt at that time.

The performance is recommended from the age of 13 years.

Partners and Sponsors
In cooperation with 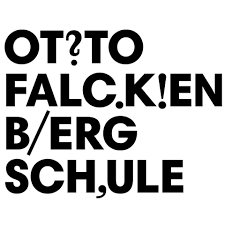