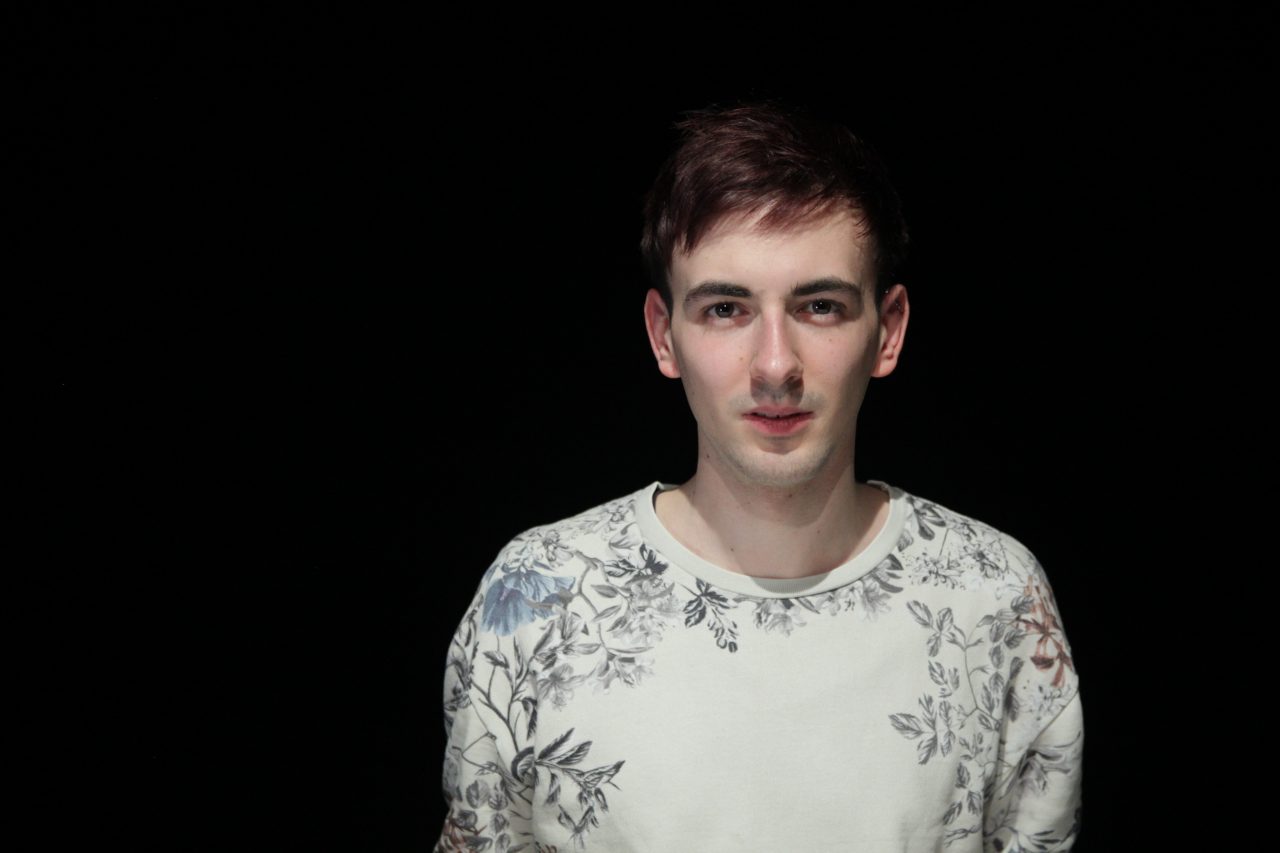 Ole Hübner (b. 1993) studied composition in Hannover and Cologne (2007 – 2015) under Johannes Schöllhorn, among others. Afterwards he received his master´s degree from the Institute for Applied Theater Studies (2015 – 2018) in Giessen under Heiner Goebbels, among others. In 2016 he took part in the master composition course “Tzlil Meudcan“ under Chaya Czernowin and José Maria Sanchez-Verdé in Tel Aviv. He has been a lecturer in composition at the Institute of Musicology and Music Education at the Justus-Liebig University Giessen since 2018. Based on theater collective models and their theoretical foundations in Giessen, he develops in close collaboration with Maria Huber and Jakob Boeckh radically discursive, democratic, and non-hierarchal forms for developing and co-authoring new music theater works. The trio´s concepts often find their starting point in Boeckh´s stage designs and are elaborated in regular critique discussions under Huber´s guidance. Furthermore, the areas of composition, dramaturgy, libretto, scenography, etc., are often altered in their classical sequences, passed around among the team members, or entirely moderated or collectivized; conceptual decisions are reached on a consensual basis. This is an expression of the conviction that primarily a fundamental redefinition and a close interlinking of working methods can lead to the creation of new, subtle interdisciplinary and multi-sensual experiences, and ultimately to a holistic renewal of the music theater medium. The following works have been developed in a collective structure since 2015: “The Navidson Records“ (among others, Devaud; Dick; Hübner; Hverring; Lim; Quindici; Schiefer; Tesche; and Wyler von Ballmoos, Munich Biennale and Konzert Theater Bern 2016); “Orpheus Moments – seriamente un´opera buffa“ (Blum; Boeckh; Hübner; and Tesche, Biennale di Venezia, 2017); “вепрь и рыба“ (Hübner; Malinina; and Tcvetkova-Plotnikova, Stanislavsky and Nemirovich-Dantschenko Music Theater, Moscow, 2018); “Revolutions Per Minute“ (Heemann; Hübner; Mihély; Ripchinsky; and Wehr, Gallus Theater, Frankfurt am Main, 2019); and “Ødipus REC“ (Devaud; Huber; Hübner; Tesche; and Wyler von Ballmoos, Tojo Theater, Bern, and Gare du Nord, Basel, 2020). In the concert area, Ole Hübner collaborates with Klangforum Wien; Ensemble Modern; Decoder Ensemble; NAMES Ensemble; and various soloists. Long-term and faithful collaborations have been developed in particular with the vocal artists Frauke Aulbert and Julia Mihély, as well as with the countertenor Michael Taylor. One of his central interests in every genre is the enrichment and re-evaluation of the knowledge and techniques of new music through the perspectives and strategies of theater and the study of theater. In many of his works the theatrical and performative aspects that are inherent in music and in performing music itself are compositionally focused and elaborated upon. The development of unusual sound combinations entirely without electronics has particularly appealed to him for several years now, which is the reason why the inclusion of a large number of instrument preparations, additional sound generators, and everyday objects is characteristic of his most recent ensemble compositions. Ole Hübner has received several awards: the 63rd Composition Prize of the City of Stuttgart in 2018; a residency scholarship from the Villa Aurora Los Angeles in 2019; a German federal scholarship for the Cité Internationale des Arts in Paris 2019/2020; and an award in the composition competition at the impuls festival in Graz in 2019.